Hair Length for Men – How Short or How Long? 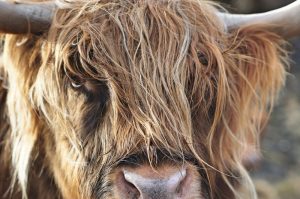 Notice what Paul said to the Corinthians about men’s hair length:

Does not the very nature of things teach you that if a man has long hair, it is a disgrace to him,

It should be understood that men’s hair length wasn’t the main issue here, but rather women covering their head during worship. Secondly, Paul doesn’t say it’s a sin for a man to have long hair; only that it’s disgraceful—shameful—for him to have long hair. Is this an across-the-board statement for men in every culture and time period? And what did he mean by the “very nature of things,” which was his criteria for shorter hair length? In answering these questions we must throw off our personal and cultural biases and strive to “rightly divide” God’s Word, meaning properly interpret it through sound hermeneutical principles, like “Context is king” and “Scripture interprets Scripture” (2 Timothy 2:15).

As far as “nature” goes, Paul obviously wasn’t referring to the nature of the animal kingdom in light of male lions having big manes while females have none. Also, consider the male and female peacock. 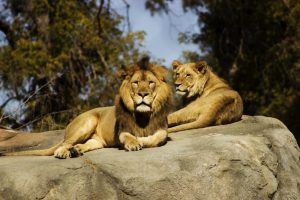 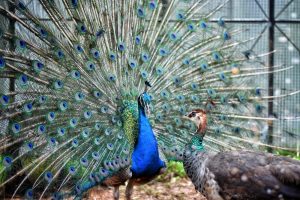 Nor was Paul saying that long hair for men was against God’s nature. After all, if God considered it a shame for men to have long hair He would’ve never instituted long hair as a part of the Nazarite vow of consecration unto the LORD:

“During the entire period of their Nazirite vow, no razor may be used on their head. They must be holy until the period of their dedication to the LORD is over; they must let their hair grow long.”

If the LORD’s very nature decreed that it was disgraceful for men to have long hair then there would be no exception. Consider the example of adultery: God’s nature decrees that adultery is a sin and hence there are no exceptions. In other words, adultery is never permitted, excusable or tolerable. If the LORD hated long hair on men due to His nature, then he would’ve hated long hair on Samson, which obviously wasn’t the case because, as a Nazarite, Samson was consecrated unto the LORD (Judges 13:5). In fact, again, Samson’s uncut hair was a sign of his separation unto God. It’s the same with John the Baptist in the New Testament (Luke 1:13–17).

While Samson is commended in the New Testament for his faith (Hebrews 11:32), the Old Testament reveals that he had some serious flesh problems, like a hot temper and a severe weakness for the ladies, to the point of visiting prostitutes (you can read the account of his life in Judges 13-16). Yet these serious flaws didn’t result in the loss of God’s anointing. It’s significant to point out that Samson only lost his anointing when his hair was cut. Moreover, a Nazarite was not supposed to come in contact with anything dead (Numbers 6:6), but Samson got honey from a lion carcass and didn’t lose God’s blessing upon doing this either (Judges 14:8-9). Again, he only lost God’s blessing after his hair was cut.

So what did Paul mean by this statement that “the very nature of things” shows that it’s shameful for a man to have long hair?

He wasn’t referring to animal nature or God’s nature, but rather to the social nature—the secular customs—of that particular time period and Corinthian culture. Elsewhere in Paul’s first letter to the Corinthian believers he instructed them to not be a “stumbling block” to others through the exercising of their rights and freedoms   (1 Corinthians 8:9). His point about men’s hair length must be viewed in light of this: Paul was trying to get the believers to adhere to the social customs of their time & culture to avoid creating stumbling blocks to others, which would either hinder the spread of the gospel or cause friction in the church. You see, there are only two commands in the New Testament: love God and love people (Matthew 22:36-40). Every other instruction in the New Testament was given for the purpose of fulfilling these two laws. Also consider the fact that some biblical commands were temporal in nature, based on temporary social situations, like Paul’s insisting that women pray with veils on (1 Corinthians 11:3-15). Women showed submission to their husbands by wearing a veil in Corinthian society. Apparently, some women in the Corinthian church were discarding their veils, which was something only idolatrous temple prostitutes or other ungodly women would do. It was considered a dishonor to the husband for a woman to come to a Christian fellowship without her veil, not to mention culturally confusing. Just the same, for a man to wear a veil or otherwise have his head covered during worship was simply not appropriate in Corinth.

What we have to understand about culture is that it doesn’t remain constant; it’s ever-changing. These kinds of “laws”—actually instructions or, in the case of Paul’s word on men’s hair length, a brief statement—were simply a means to fulfilling the two New Testament commandments—love God and love people. Whereas these two laws are permanent, other instructions and lesser points were only applicable to a particular people for a particular era in a particular place. So Paul indirectly discouraged men in ancient Corinth from having long hair in keeping with the second greatest command: To love one’s neighbor as oneself. Paul made the statement because the sight of men with long hair might have offended believers in the church and unbelievers outside the church, thus hindering the message of Christ, which isn’t true in most cultures in the modern world. Long hair is no longer tied to male prostitution or any other wicked activity, as it was in Corinth. Generally speaking, social nature no longer considers it a shame for a man to have long hair in most cultures. In cultures or sub-cultures where it is considered a shame then Christian men should conform accordingly in order to not unnecessarily offend or hinder the spread of the gospel.

Also, let’s not forget that God is more concerned with what’s going on in our hearts than our physical appearance.

We conclude that Paul wasn’t referring to animal nature or the nature of God when he said that the “very nature of things teach you that if a man has long hair, it is a disgrace to him” (1 Corinthians 11:14); he was rather referring to the social nature of the culture of Corinth in the mid first century, which doesn’t apply to all cultures today.

A similar-but-alternative view is that Paul was simply appealing to biology in order to encourage the Corinthians to live according to the cultural traditions of the area. His point was that women typically have longer hair than men and the latter are prone to baldness. In short, women have a God-given “natural veil” whereas men have a natural “uncovered head.” So Paul argued that if women reject the mark of their submission in that culture—the veil—they may as well just shave their heads (verse 6).

As far as men go, Paul maintained that it is unnatural for him to have long hair because men’s hair is naturally thinner and, again, prone to balding, which he relates to men not wearing a head covering during worship in that culture. So Paul was merely encouraging the believers to comply with the standard customs of male and female appearance in Corinth.

Actually, Paul’s command for men to not wear a hat is simply (and obviously) a direct contra-Jewish position.

Paul was saying that we are no longer under the Law (which you can read further about here). Thus we don’t need to wear a kippah to church assemblies. A man’s head should be UNCOVERED when he prays because believers are free men, coheirs with Christ (Romans 8:17 ). We are not children under authority, we are not slaves under a master (Galatians 3:24). Thus we need not cover our head:

A man ought not to cover his head, since he is the image and glory of God.

A slave, a child, (a messenger), is not the image and glory of God. Remember the hermeneutic rule: Context is King. The passage just before 1 Corinthians 11 where it talks about hair+hat coverings is 1 Corinthians 10, which covers the freedom of the believer.

Thus Paul’s position on men not wearing a hat to church is simply a direct contra-Jewish teaching. 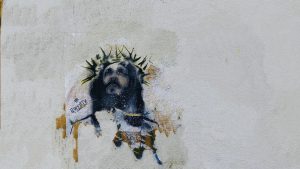 Did Christ have Long Hair?

We don’t know how long Jesus’ hair was because there are no pictures of him from that time period and photos did not exist back then, unless you consider the Shroud of Turin a legitimate impression of Christ.

In any case, many people today obviously think Christ had long hair due to numerous historical illustrations and more recent cinematic portrayals. Is this inaccurate? We can’t be categorical on the topic since the Bible says nothing about the Messiah’s hair length. However, if Jesus looked like the average Middle Eastern man in the early-first century, any artistic and cinematic depictions of Christ as effeminate are definitely inaccurate. 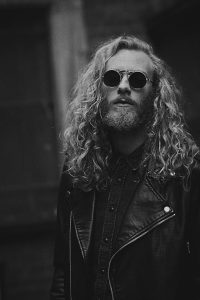 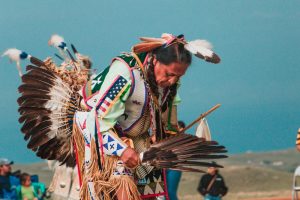